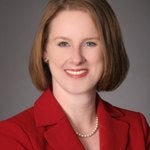 Kristin Guiney is a former District Court Judge who is Board Certified in Criminal Law by the Texas Board of Legal Specialization. She is also a former chief prosecutor at the Harris County District Attorney's office where she tried virtually every type of crime imaginable, including DWIs, sexual assaults of children, and capital murders. While on the bench Kristin routinely received some of the highest bar poll ratings in Harris County.

During her career, Kristin has tried over 80 cases to verdict as lead counsel. Kristin presently focuses her law practice on criminal defense, where she handles a variety of cases including the relatively simple to the extraordinarily complex. Kristin is a fierce trial lawyer with a reputation as a lethal cross-examiner. She works tirelessly to get the best result possible for her clients given the facts of the case.

Kristin is an alumna of Emory University in Atlanta and received her law degree from the University of Houston Law Center.

Thank you for contacting us. We will get back to you shortly.

Please complete all required fields below.

If you have been charged with a crime or are concerned that you are being investigated for a crime, call us immediately. Please provide a personal email and a cell phone number so that we can immediately reach you. We will put our years of experience and proven results to work for you.